Lakeland Country Club OUR APPROACH TO ARCHITECTURE AND INTERIOR DESIGN Adding value to the built environment of our clients and our communities through a high level of service is our priority. We strive to innovate through our architectural design process, managing the unknowns and planning for tomorrow with you. Client-Centered Design A well-designed space begins with really understanding your needs. We like to think of ourselves as an extension of your team, designing long-term solutions with you through every step of the project. Design-Forward Process We are innovators. Through our design process, we view your problem from a variety of angles, focusing on creative solutions that meet your needs and last beyond your lifetime. The Lakeland Yacht and Country Club, established in 1924, has been a vital social hub for Lakeland’s community leaders and its club members for nearly a century.  In 2015, it was determined that the demolition of the existing structure would be the most cost-effective, efficient approach rather than a renovation. In 2019, a brand-new facility opened its doors on Lake Hollingsworth. The Lakeland Country Club brought to its members the atmosphere of a modern resort while paying homage to its iconic past. In 2015, Lakeland Yacht and Country Club leadership approached our firm about conceptualizing potential options for improving the club’s atmosphere while accommodating for today’s functionality needs. Initially, our design work included a comprehensive marketing package to showcase the aesthetics, features and cost of a prospective renovation. However, as we worked with Miller Construction to determine the best solution for the client, we began to realize there may be more options available that could yield a greater return on investment for our client.

After reviewing all possible design options with the Club with professional expertise from engineers and consultants, our team officially decided that demolition would allow better flexibility for future growth and a smarter integration of the club’s amenities. The former building shuttered in 2016 with demolition beginning in January of 2018. In February of 2019, the new Lakeland Country Club opened its doors to its members. The new exterior preserved the original club’s Mediterranean revival elegance. The upgraded porte cochere, now able to accommodate up to three vehicles at a time, also featured a covered walkway protecting guests from the Florida elements. To maintain the original Club’s familiar feel, the new design preserved the original lobby’s iconic fireplace. The new club’s floorplan implemented folding partition walls in the Banquet Rooms and Club Room to maximize space and capacity to allow the Club to host simultaneous or larger events.  The kitchen was also centralized to accommodate all dining areas efficiently. 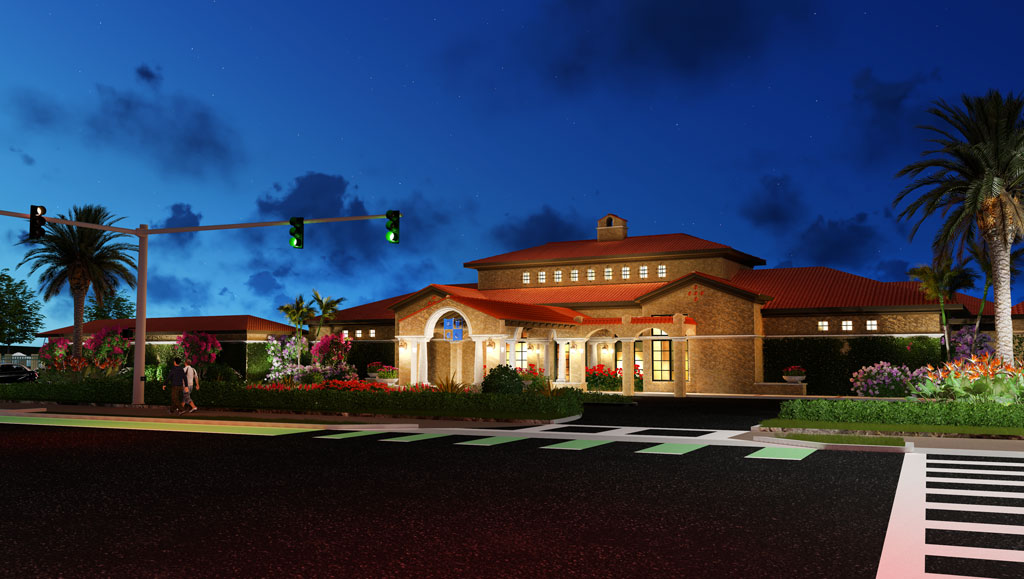 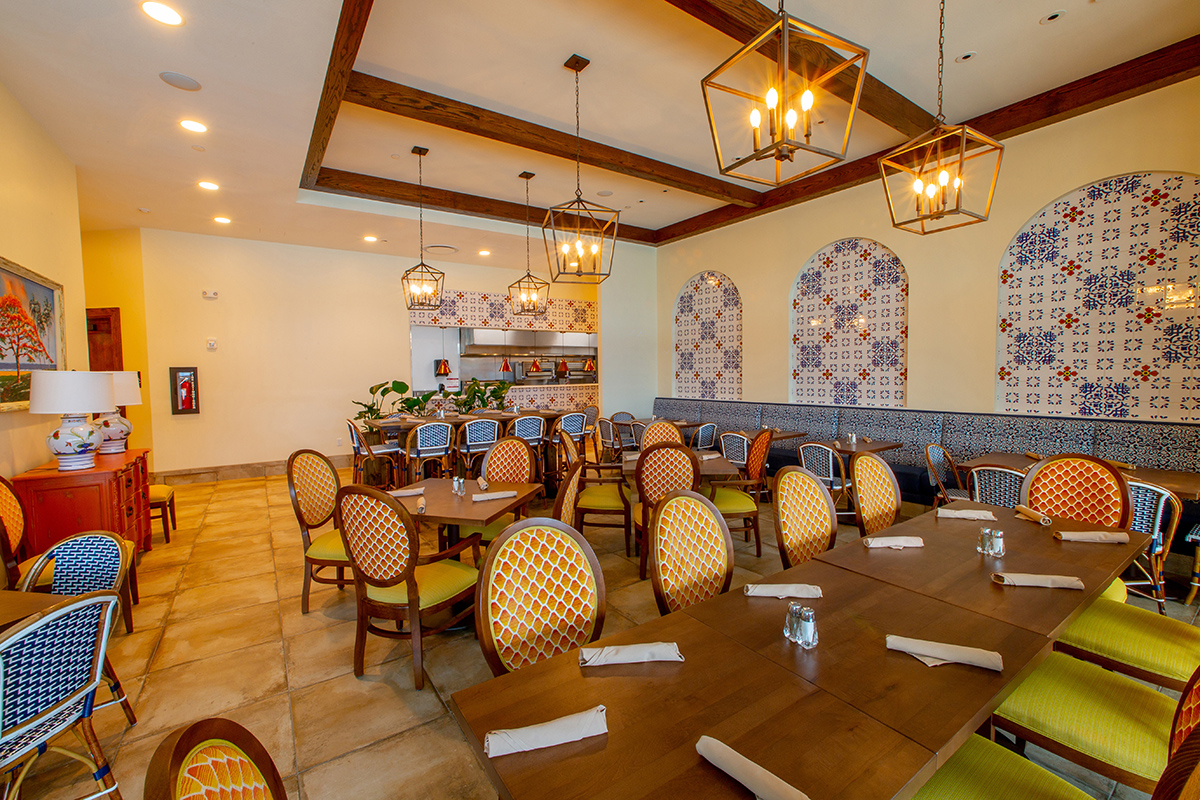 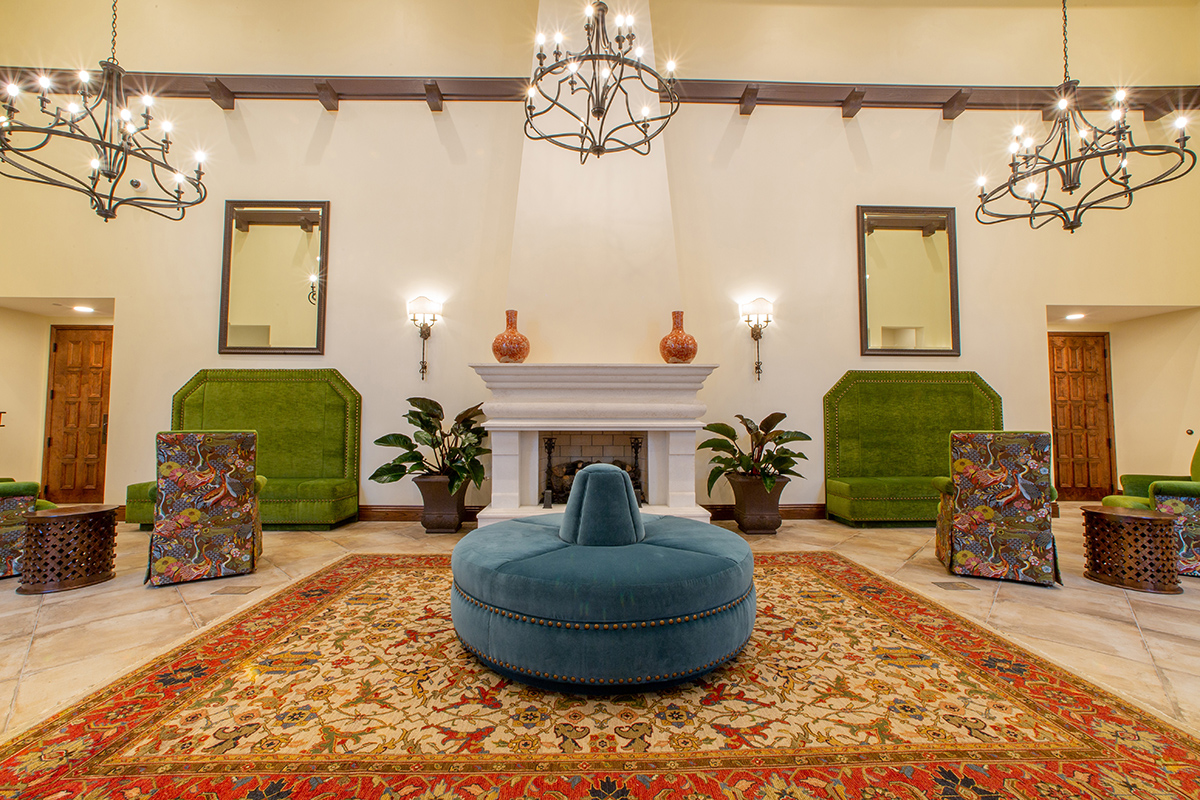 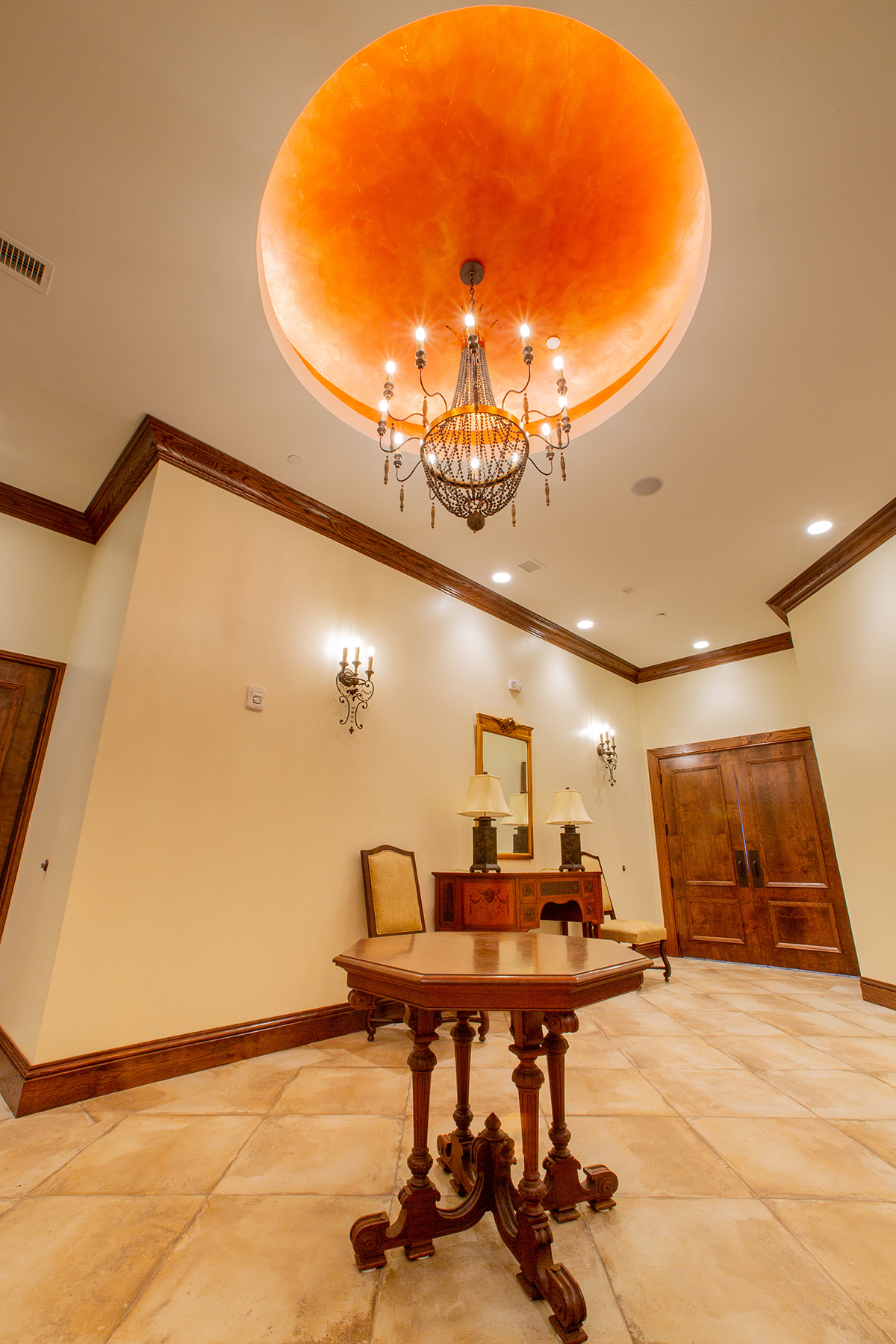 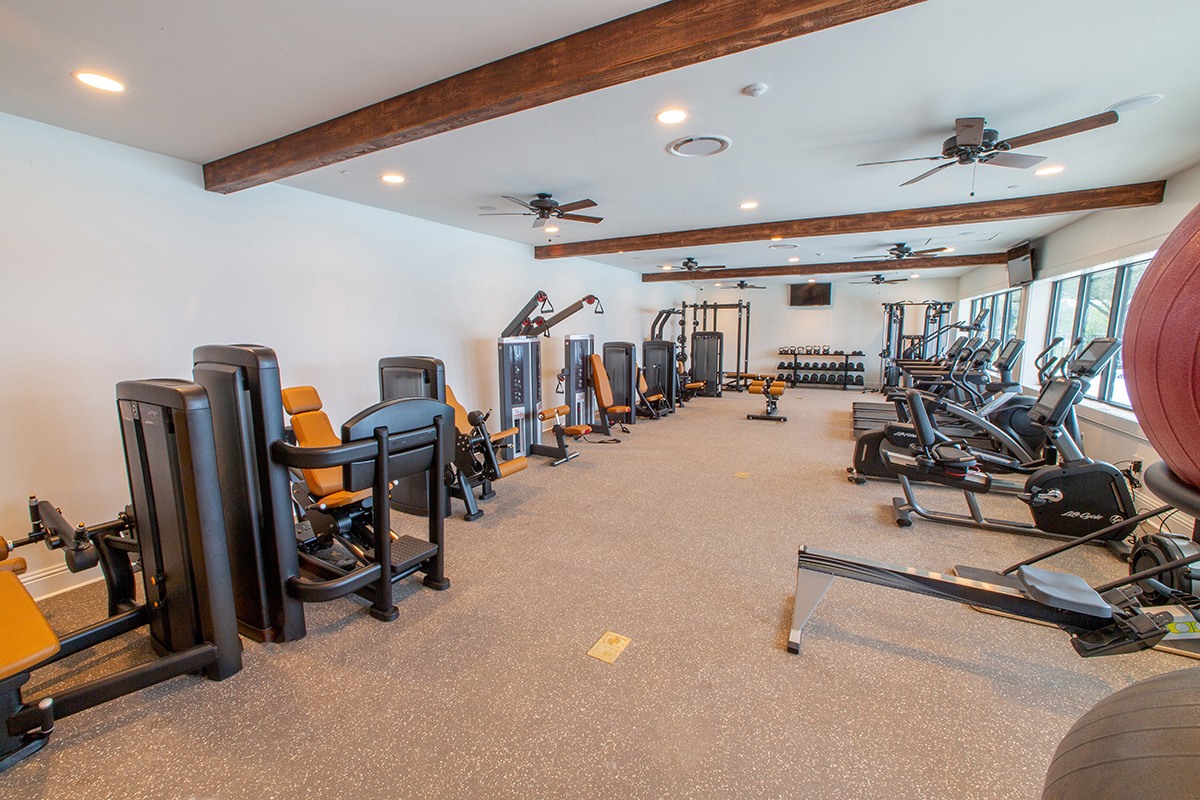 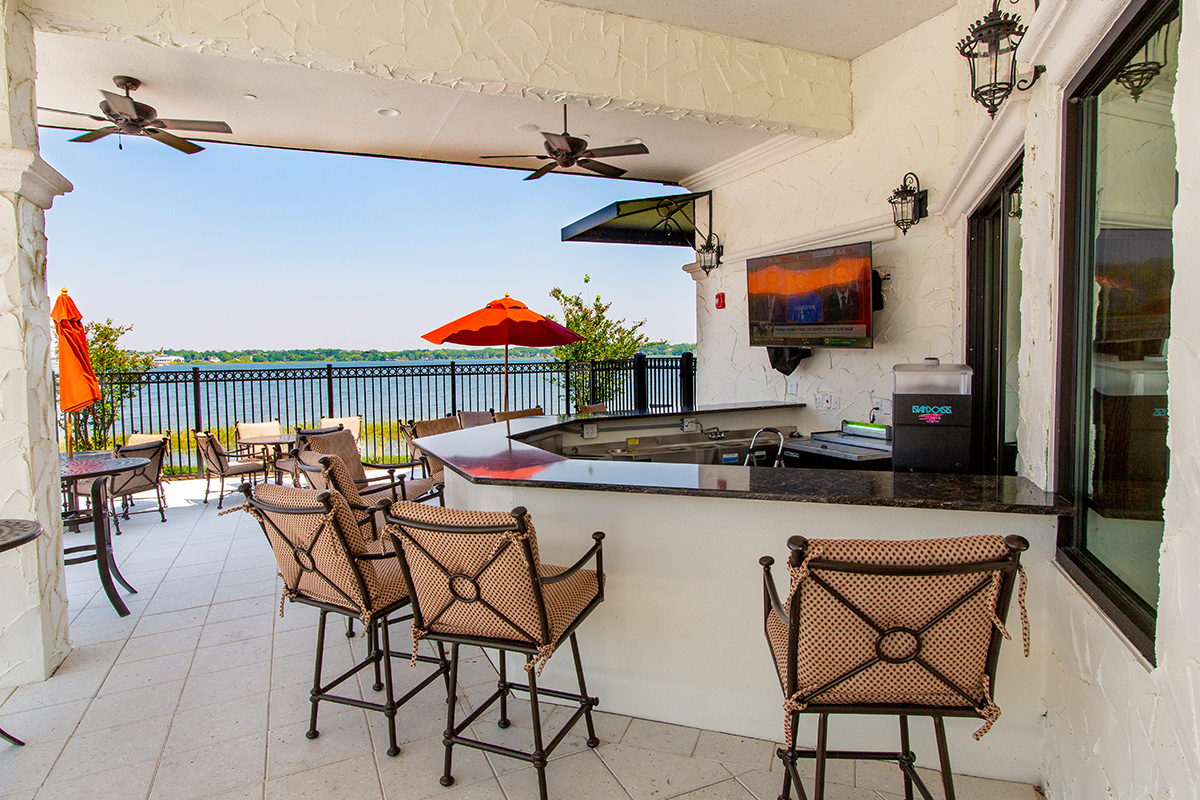 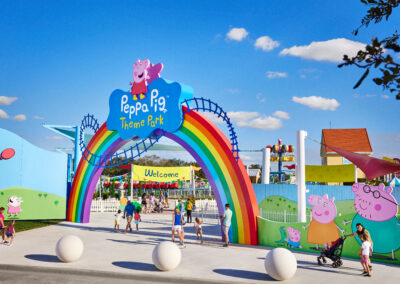 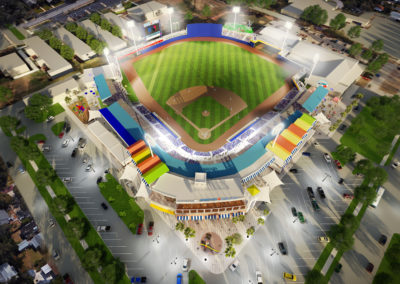 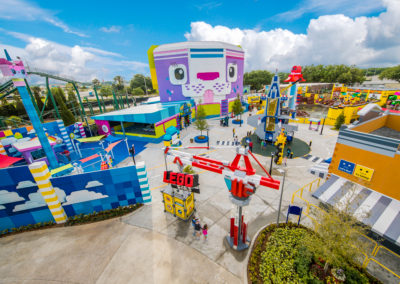